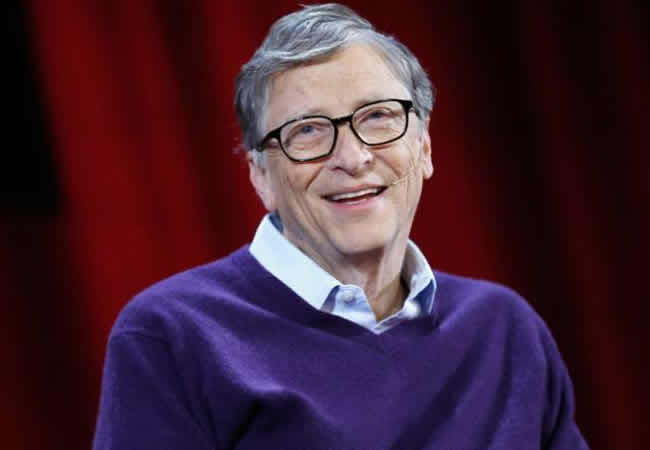 Microsoft founder, Bill Gates, may drop from number 4 to number 17 on billionaires index after splitting his fortune with his wife of 27 years, DailyMail reports.

According to Forbes, Jeff Bezos topped the billionaires index with $177bn followed by Elon Musk with $151bn, Bernard Arnault & family with $150bn and Bill Gates with $124bn.

Sixty-four-year-old Bill is the fourth richest man in the world but his fortune may dip after the techprenuer and his wife, Melinda posted a joint statement on Twitter on Monday about their divorce.

The court petition filed by Melinda also showed that she wants their wealth to be divided. The divorce is expected to be finalised in March 2022.

The couple met in 1987 when Melinda was working at Microsoft as a project manager and was seated next to Gates at a business dinner. Their union produced three children.

Gates co-founded Microsoft in 1975 with Paul Allen, almost 20 years before he married Melinda. The company made $1million in sales by 1978 and by 1987, he had become the world’s youngest ever billionaire. He met Melinda that year.

He transitioned out of a day-to-day role in Microsoft in 2008 and served as chairman of the board until 2014. Last year he stepped down from the board of Microsoft entirely, as well as the board of Berkshire Hathaway.

The divorce of Bill and Melinda is the biggest divorce since Amazon Chief Executive Officer, Jeff Bezos and his wife, MacKenzie, split their $137billion fortune after his affair wrecked their 25-year marriage.

Their divorce was finalised in April 2019 with Jeff keeping 75 per cent of the couple’s stock and MacKenzie keeping a four per cent stake in Amazon – translating to about 19.7 million shares worth roughly $35billion at the time.

Scott is considered the third wealthiest woman in the world after her net worth surged by $30.3 billion to $61.4billion last year when Amazon shares rocketed amid the COVID-19 pandemic.

Meanwhile, Bezos also saw a massive windfall as his net worth surged to $201.4billion.

Opposition Peoples Democratic Party says the President, Major General Muhammadu Buhari (retd.), is known for overthrowing democratically elected governments. It also described the allegation by the Presidency that some Nigerians were plotting a forceful and undemocratic change of leadership, as a resort to blackmail in the face of failure. In a statement on Tuesday signed by its National Publicity Secretary, […]

The Nigerian Army has said it neutralised 11 members of the proscribed Indigenous People of Biafra, who launched an attack on the police command of the Orlu Local Government Area of Imo State on Thursday night. Director Army Public Relations, Brigadier General, Mohammed Yerima, in a statement on Friday, said the assailants were members of IPOB’s Eastern Security Network. The […]

Segun Adewole Published 4 May 2021 AS Roma have appointed Jose Mourinho as their new head coach ahead of next season. The club made the announcement on Tuesday, weeks after Mourinho was sacked by Tottenham Hotspurs. READ ALSO: How Bill, Melinda Gates met, got married “We are thrilled and delighted to welcome José Mourinho into the AS Roma family,” club […]

Sunday Aborisade, Abuja Published 4 May 2021 The Chairman, Senate Committee on Army, Senator Ali Ndume, on Tuesday, raised the alarm that Boko Haram insurgents has started regrouping again in the northeastern states of Borno, Yobe and Adamawa. He stated this while briefing journalists after plenary on his bill seeking to establish Federal College of Education Gwoza, Borno State. The […]

Lesi Nwisagbo, Dennis Naku, Dele Ogunyemi and Matthew Ochei Published 4 May 2021 THE Attorney-General of the Federation, Abubakar Malami (SAN), on Monday attributed the delay in the return of the £4.2m seized from a former governor of Delta State, James Ibori, and his associates from United Kingdom to Nigeria to issues around bank documentation. He said although the Federal […]

Four robbery suspects – Yahaya Musa, Isah Ismaila, Osas Amas and Nathaniel Omozebagua – who are said to be terrorising Edo Central have been arrested by men of the state police command. The suspects who specialised in snatching cars and robbing shops were arrested a few days after one of their operations in Uromi. The suspects were said to have […]